The deluge of digital data is affecting us from all sides, everywhere and all the time. Our computers and smartphones are a constant source of attention. This constant zapping has an impact on our brain with cognitive overloads and increased stress, especially in the world of work. How can we cope with this ever-increasing flow? How to protect the vital need for calm in our brain?

The Wild West of technology

Every day, more than 281 billion emails (excluding spam) are exchanged for 3.8 billion Internet users! Not to mention messages and notifications on mobile devices.

We can talk about the Wild West because it is chaos. Bad practices, hyper-connectivity and “digital noise” generate freewheeling nuisances that attack the health and well-being of individuals.

We are witnessing an unprecedented flood of daily data and unprecedented levels of ongoing stress. Too much information, which arrives too quickly, in volumes too large to be processed serenely.

It’s 8:00, you start working on a subject. At 8:06 an urgent email interrupts you. Then a text message, a phone call, a chat and other emails. It is 10:30 when you come back to your file, you have lost track. In less than 3 minutes, you will be interrupted again.

The management – or rather the handling – of this avalanche of information encroaches on the core business leading to a feeling of disqualification, of distance from the real tasks. The workload has increased and intensified with a constant race for emergency – 50% of emails are marked as urgent! – where the law of instantaneity reigns.

Email management alone represents on average 30% of an employee’s day. One out of two managers does not allow themselves to disconnect from work in the evening, considering that this is an implicit rule if not an injunction.

Between emails, phones, text messages and other messaging, these are all incessant requests that require processing and response. An employee is interrupted by a distraction every 3 to 6 minutes. The cost of a distraction is equal to its duration plus a minimum of 12 minutes for the brain to refocus on an engaged task.

According to a University of California study, it takes 12 to 23 minutes to change cognitive focus and return to an appropriate state of concentration.

The excessive intrusion of the smartphone and the professional at home also poses problems – disputes, tensions, distance.

Permanent cognitive overload leads to a state of mental fatigue, fertile ground for professional exhaustion – burn-out. This buzzword has just appeared with the sudden evolution of the working environment due to new technologies.

In Switzerland, a quarter of the assets are exhausted and stressed, at an estimated economic cost of CHF 5.4 billion.

Email is the primary cause of stress in the office. A study by the University of California shows that the more time spent on emails, the more stress increases and the more productivity decreases. This is regardless of the position held. 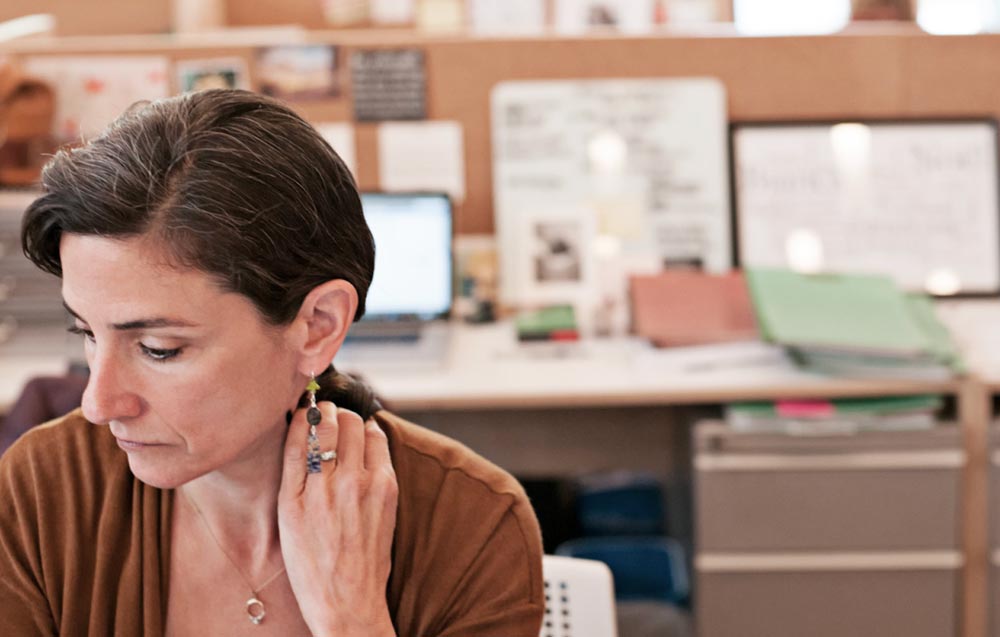 It is becoming imperative to learn how to better manage tools to limit the impact of distractions and the avalanche of information.

The myth of multitasking

Multitasking capacity is valuable, if not implicitly required, but it remains an illusion. All the studies prove it. If people have been doing several things at once for a long time, access to much more information and at a much faster speed, multiplies task changes and interruptions.

In multitasking mode and with the increase in stress, the brain must keep and manipulate a multitude of elements at the same time. Chronically, this leads to cognitive overload: fatigue, irritability, feeling of no longer being able to think, memory loss.

Each change of task – i.e. mental focus – costs attention and fatigue. It results in cognitive overload and stress. The University of California study reports that after only 20 minutes of interrupted work, the test group shows significant stress, frustration, workload and pressure. 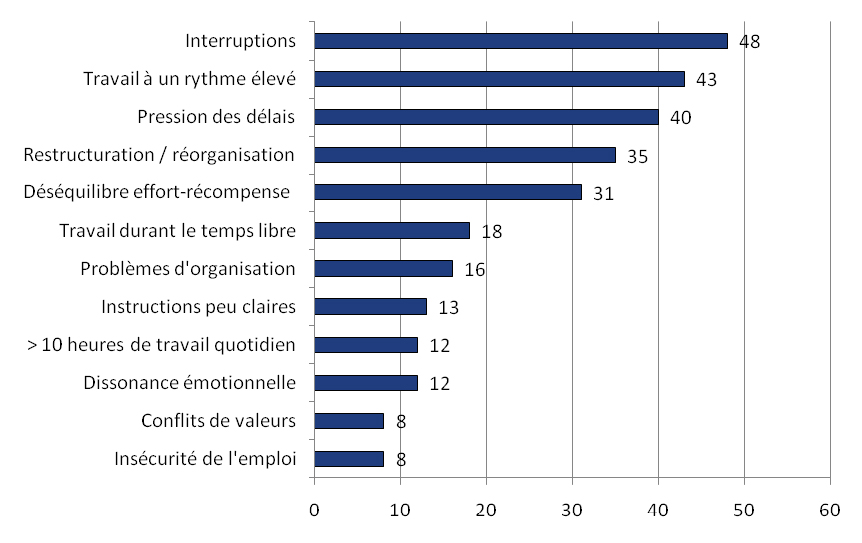 Who has never been on the phone while writing an email? Can you follow the conversation and what you are writing perfectly? In a double-task situation, the same neural network is used, there is saturation.

In addition to saturation, the double-task situation disrupts the mechanisms of selective attention inhibition: noise, office noise, clicks are no longer filtered by the brain.

Young people not as good as the elderly

It is expected that the younger generations will mechanically reduce stress levels. Born with digital technology, they would be natively multitasking (comforting them in a compulsive zapping that will do a lot of harm). The surveys are surprising because it is exactly the opposite.

A European survey of 30,000 employees conducted by the GFK Institute shows a higher stress rate among young people than among older people on information technologies.

At 6:30 am the alarm clock rings, you watch Whatsapp in bed and then eating. You continue on your device on the train or you read a free newspaper – mostly composed of anxious, scruffy or useless information. It’s not 8:00 a. m. and your mind has only been captured by external stimuli. However, it is now your email box that hits you with information to process. At 10:00, a break, mobile in front of us. The day continues on this path. It’s 11:00 p. m., you’re still consulting Facebook in your bed.

Can we constantly stimulate the brain without it suffering? According to Francis Eustache, a neuropsychology researcher, it is essential to leave the brain free to disconnect. There is a neural network for which these breaks are vital: the default network.

The default network is activated when the brain is at rest, when thoughts wander, when we seem not very active. This neural network plays a fundamental role in the construction of memory, synthesis work, creation and projection into the future. It is essential to well-being and good health. 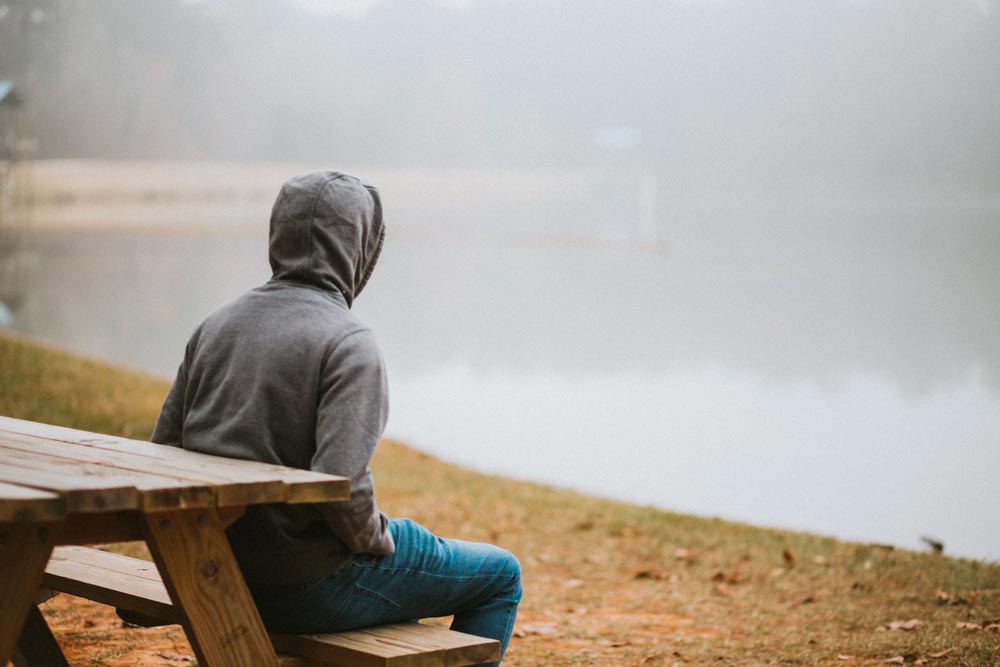 Learning to do nothing again

Who hasn’t found a good idea or solved a problem in front of his ice cream by brushing his teeth, in the shower or sitting on a bench? These are break times when the default network is at work. It synthesizes, reflects, protected from external stimuli.

Knowing how to protect yourself

Being able to protect yourself against this “digital noise” and the intensity of the demands of our days is becoming more important than ever. By creating an appropriate routine and a change of habit, it is possible to effectively combat nuisances and significantly increase well-being and satisfaction.

The key to good attention is to be able to sequence tasks by setting one goal after another. Although it is a priori easy, it is more difficult to stick to it. You also need to take time for yourself, to allow the brain to take breaks.

Here are some simple actions to implement but with immediate results:

Disconnection is a legitimate and necessary need. By creating a strategy adapted to your lifestyle and work requirements, you reduce stress and fatigue. And you offer calm to your brain.


The information you have provided is used exclusively to contact you as part of your request.

Hyperconnected: the brain in danger